This looks like so much fun! Links are to my reviews, except in the case of upcoming releases, where the links are to the Goodreads pages for the books. 🙂

I’m not sure I can pinpoint one? But my fourth grade teacher read to our class regularly to promote reading, and the books that really stayed with me were Into the Land of the Unicorns by Bruce Coville and Holes by Louis Sachar.

The His Dark Materials Trilogy by Philip Pullman. It’s been a while since I’ve read it, but the characters stayed with me for a long time after reading the series. I’m still not over that ending. 😥 I own the omnibus edition pictured above.

I feel like this encompasses a lot of super popular fantasy series that are by/about cishet white women, not to mention Problematic(TM) on various levels: Throne of Glass, A Court of Thrones and Roses, Red Queen, The Lunar Chronicles, Girl of Fire and Thorns, The Mortal Instruments and spin-offs (I read the first 3 books of TMI and lost track and never looked back tbh), etc.

I’d rather read diverse fantasy series, especially ones that are underexposed. 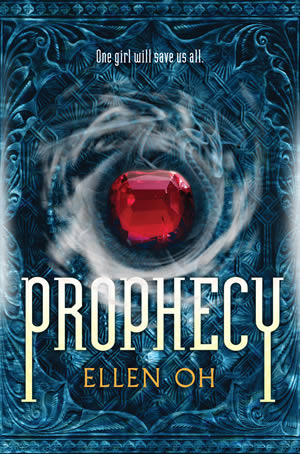 Hmm, I guess I’ll say Prophecy by Ellen Oh, which is the first book a historical fantasy trilogy set in a Korean-inspired alternate world. It has the standard fantasy fare: a prophecy, a chosen one, a quest for magical objects, a dragon, etc. I loved its portrayal of family bonds and friendship. 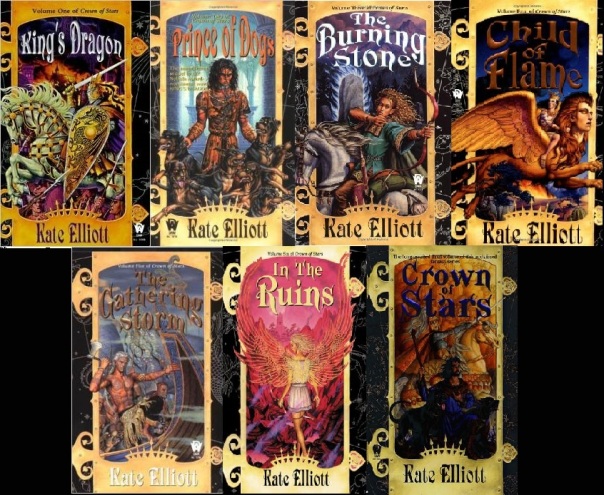 The Crown of Stars series by Kate Elliott. I bought the books a while ago and they’re sitting on my shelf, I just haven’t gotten around to them. Each book is like 800 pages and there are 7 books, so they’re longer than even the Harry Potter series, page-count-wise.

Way too many, I’m up reading all the time…Oh, I know. 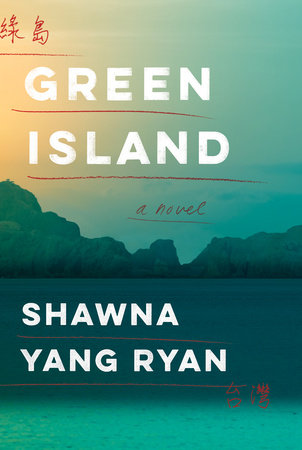 Green Island by Shawna Yang Ryan. I was up until around 4 am reading it, oops. It’s one of the best fictional representations of 20th Century Taiwanese history that I’ve ever read, and it was an emotional experience for me because of my family’s connection to that history.

Sefia and Archer from The Reader by Traci Chee. I liked that their relationship was developed from the ground up and had real substance to it beyond superficial attraction. I gushed about them a bit more in my review (see the hyperlink). 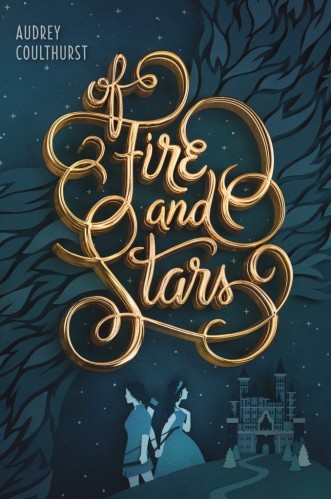 Of Fire and Stars by Audrey Coulthurst. It’s fantasy with f/f romance and political intrigue and a murder mystery thrown in. 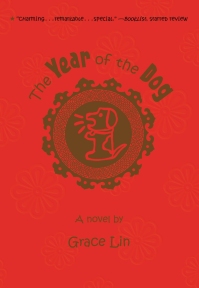 I feel like very few of the diverse series I’ve read have any spin-offs. I’d love for Grace Lin to write more books in the Pacy Lin series since those are among the few middle grade books with Taiwanese American representation. 🙂

Paperback Edition of Dove Arising
I’m usually pretty good at gauging which books I’ll like or dislike so I’m rarely “pleasantly surprised” by anything. I guess I’ll say The Dove Chronicles by Karen Bao. The average rating on Amazon for the first book, Dove Arising, was about 3-3.5 stars, so I wasn’t expecting it to be as good as I found it to be. I have the second book waiting to be read, and the third comes out this year.

I’ve already read the first two books, but the remaining two An Ember in the Ashes books by Sabaa Tahir. I enjoyed the first book, liked the second more than the first, but I found some problematic things that I’m planning to address once I reread it closely. Side note: The author recently came out in defense of Carve the Mark by Veronica Roth, despite the criticism from Black and Indigenous folks who were the ones affected by the racist tropes in the book, so I have reservations about continuing to read her work. If I do I’m probably getting the books secondhand. 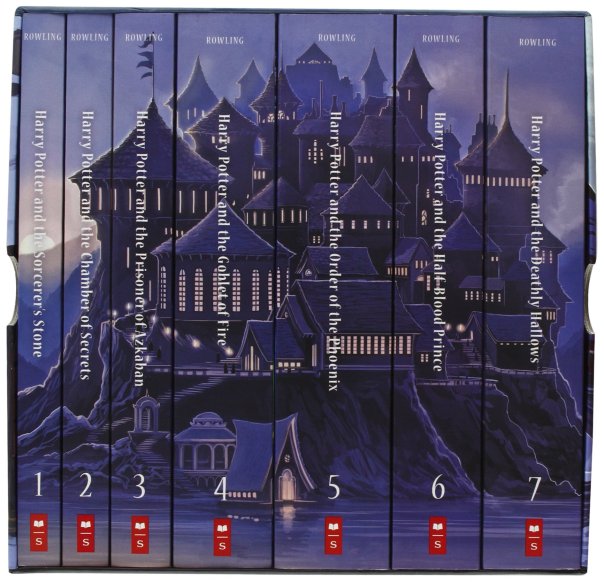 Not sure if it counts as a collector’s edition, but the new U.S. paperback boxed set of Harry Potter. I love the new cover illustrations and the Hogwarts castle montage that runs across the spines of all seven books. However, I don’t like buying big/long books in paperback because their spines get messed up easily. I guess if I bought them just to keep and not to read it wouldn’t be an issue. My sister owns the original 1st edition hardcovers, though (except book 1, which we have the 10th anniversary edition of), so I’d have to buy two sets of HP for myself.

I’ve been raving about it on Twitter, but Forest of a Thousand Lanterns by Julie Dao, which is the first in a duology called Rise of the Empress, and set to release on October 10th. There’s a dearth of #ownvoices Asian fantasy, Asian fantasy written by Asian/diverse authors, and non-#ownvoices Asian fantasy that’s written well without falling into a racist garbage fire hellhole (See: The Lunar Chronicles, Stormdancer, Soundless, and basically every Asian fantasy written by a white author ever). The primary culture depicted in FoaTL is Chinese, but there are multiple Asian cultures represented within the story/series, and as far as my knowledge goes, they’re are treated as separate/distinct cultures, not thrown into a horrible mish-mash of Asian cultures that prioritizes East Asian cultures while ignoring the history of imperialism by East Asian nations in the region. The author is Vietnamese and not Chinese, but she hired multiple sensitivity readers, so I’m far more inclined to trust that the culture is treated respectfully. *fingers crossed*

Hardcover Edition of Fury of the Phoenix

The cover for Serpentine

Cindy Pon because she writes #ownvoices Chinese and Taiwanese SFF which is like my number one priority as far as reading goes. You can find my reviews of her first four books, which are Chinese-inspired historical fantasy, here and here. Her fifth book, Want, is coming out this summer and one of my most anticipated releases of 2017 because it’s set in Taiwan. 😀

Malinda Lo’s A Line in the Dark, which is coming out October 17th this year. She’d mentioned working on a new book around two years ago (I think?), in a different genre from her previous books, which are SFF. Once the word came that it would be a mystery YA with an Asian American protagonist, my excitement grew by leaps and bounds because there aren’t many Asian characters in the mystery genre, and I’m always eager for more Asian American protagonists in contemporary YA. And of course, because it’s Malinda Lo, we’re gonna get queer girls. 🙂