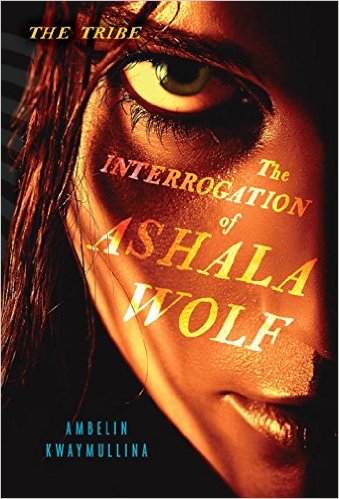 Note: I read this book as part of the #DiversityDecBingo reading challenge. You can find my list of books that I read and the links to the reviews for those books here.

Note 2: Parts of this review were originally published as a part of my Favorite Books of 2016 post or showed up in the #DSFFBookClub discussion during December 2016.

My Summary: In a post-apocalyptic world in which tectonic shifts have merged all land masses into one continent, Ashala Wolf is a leader of a Tribe of young Illegals, children who manifest supernatural powers that are seen as a threat to the sacred Balance of the world. A mission gone awry results in Ashala’s capture, and she must resist the government’s attempt to forcibly take her memories from her to use against the Tribe and escape the clutches of people who see her as an abomination.

This was one of the last books I read in 2016 but also among my favorites. I’ll admit that one of the gaps in the scope of my reading is indigenous authors (Native American or otherwise), so I was glad to find this gem by an indigenous Australian (Pylaku) author in my favorite genre (SFF).

One of the things I really liked about this book was the worldbuilding. People with supernatural abilities are mostly seen as a threat and are classified as “Illegal,” but it’s a little bit more complicated and nuanced than that. There are some whose powers are mild and/or useful enough for them to be granted exceptions by the government and thus exploited. And there are others that can “pass” as normal and therefore slide under the radar. I can’t help but think about the parallels that can be drawn between this system and systems of oppression in the real world, whether it’s assimilation into the dominant group, attempts to “pass” as a member of the dominant group, or striving to become more “acceptable” to the dominant group in some way.

Ashala’s character is descended from the indigenous people of former Australia (“former” because in the story, all of the continents collided and reshaped to form a supercontinent). Although the story is supposed to take place in a “post-racial” world, it isn’t completely divorced from real world notions of difference in terms of culture/ethnicity/race. Ashala in particular is able to communicate with a powerful divine entity, the Grandfather Serpent, who is among the creators of her ancestral people and the Firstwood, where she and her Tribe take shelter. Her conversation and relationship with the Grandfather Serpent and the Firstwood anchor the story in a deeply spiritual place. That was an aspect of the story I really enjoyed.

The structure of the story is nonlinear since it takes you backward in time multiple times as more of her memories are revealed. Moreover, there’s unreliable narration. The misdirection is written so skillfully that you don’t realize just how much you’ve been tricked until the reveal comes along and yanks the carpet out from under you. It’s layered in such a way that each new memory shifts your perspective and what you understand to be true.

Although there are many books that tackle the question of human progress vs. nature, this one stood out to me in the execution. The idea of balance is normalized into an ideology that structure the society and politics of the dystopia. Moreover, the narrative calls into question whether the dichotomy of humanity vs. nature is really valid, and whether what we view as “unnatural” is necessarily bad.

As far as problematic content goes, most of it was minor. There was one place where a character’s eyes were described as “almond-shaped,” which is a stereotypical shorthand for East Asian features that I wish would die in a fire. In another, the narrative used “his or her,” thereby excluding non-binary people. The more repetitive issue was ableism. One of the villains was described as mad and necessarily mad in order to do the morally depraved things she did. That was the one damper on this otherwise great book.

Issues aside, I’m eager to read the sequel, The Disappearance of Ember Crow. The third book, The Foretelling of Georgie Spider, is coming out on May 9th in the U.S.

Recommendation: A good book for people looking for diverse SFF in YA.