Found this tag/meme through Wendy at What the Log Had to Say.

The rules are very easy: Answer the questions before you read my answers!

To challenge myself further, I decided I would only do diverse books for this challenge.

Q1: Name a book written by an author called Michael.

A1: Racial Formations by Michael Omi and Howard Winant

For those who don’t know, I got one of my degrees in Asian American studies, which draws a lot on critical race theory. Racial Formations is foundational text about the social construction of race that gets referenced a lot in ethnic studies courses, so I ended up purchasing the full text of the 2nd edition a few years ago.

Q2: Name a book with a dragon on the cover. 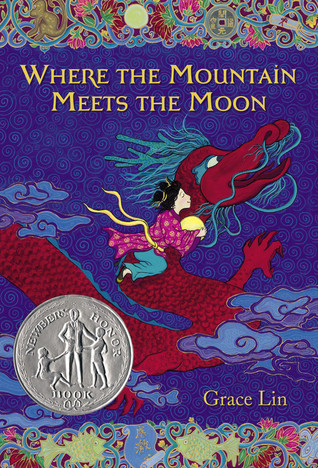 A2: Where the Mountain Meets the Moon by Grace Lin

This book is hands down one of my favorite middle grade books because it’s so magical, full of stories within stories. It also draws on a lot of Chinese folklore and mythology, so some of the stories and figures were familiar to me. However, Grace Lin manages to put her own spin on them, so they’re not trite even as someone who grew up with them.

Q3: Name a book about a character called George.

A3: George by Alex Gino is the only one I can think of, and technically that’s the character’s birth name. Her chosen name is Melissa.

If you’re looking for middle grade featuring a trans character by a trans author, this book is my go-to rec. It weaves a story about a trans girl coming out with her working toward a goal of playing Charlotte from Charlotte’s Web in her class’s play.

Q4: Name a book written by an author with the surname Smith. 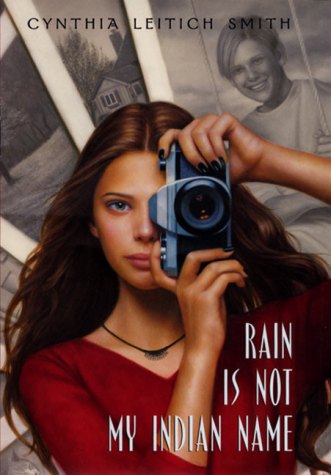 A4: Rain is Not My Indian Name by Cynthia Leitich Smith

I’ve known Cynthia Leitich Smith’s name for years, but I didn’t know she was a Native author until recently. Rain Is Not My Indian Name is one of her books that is on my TBR.

A5: Lucy and Linh (Aus title: Laurinda) by Alice Pung

I’ll admit I haven’t read much Australian YA, and Lucy and Linh was my first #LoveOzYA book I read, and if you’ve read my review, you’ll know I absolutely loved it. It is highly satirical and touches on race, class, and gender through the story of a Chinese-Vietnamese girl from a impoverished, working class background who ends up attending an all-girl private school on a scholarship.

Q6: Name a book with the name of a month in the title.

A6: The November Girl by Lydia Kang

This is one of my most anticipated books of the fall season. It’s fantasy and features a turbulent encounter/romance between a half-human girl who’s the daughter of Lake Superior and a biracial Black Korean boy fleeing an abusive home situation.

Q7: Name a book with a knife on the cover. 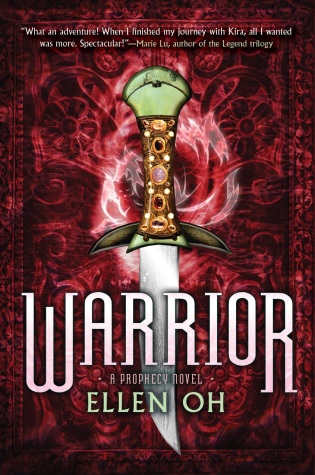 A7: Warrior by Ellen Oh

Warrior is the second book in the Korean-inspired Prophecy series (my series review here), which follows the high-stakes quest of Kang Kira, a warrior whose mission is to save her kingdom from invasion.

A8: One Dark Throne by Kendare Blake

I thought One Dark Throne would be the conclusion to the series, but it turns out there are four books total in the series. *yells* I read the ARC a while back and it was Intense.

Q9: Name a book with a eponymous title.

A9: Zahrah the Windseeker by Nnedi Okorafor

Since this book is on the older side, it’s not very well known among the community, but it is so good and everyone should read it. I reviewed it here.

Q10: Name a book turned into a movie.

I just read this book recently, and it was everything the title promised. I found it to be hilarious but incisive in its critique of the corrupting power of wealth.