Hello, again! I’m doing another reading challenge in August because it’s one of the few ways I can create structure for the monstrosity that is my TBR pile. (If you’re wondering when I’m actually going to post a book review again, rest assured that reviews will be coming in the following months as I’m scheduled for several blog tours for amazing books!) The reading challenge is called the Trope-ical Readathon and is co-hosted by Jenny @ JenJenReviews and her partner Rob. The page with the detailed readathon information is here.

Basically, there are 13 common challenges that every participant can do (each has an alternate prompt as well) and then 5 different teams divided up by genre you can join that each have their own assigned team book plus 2 more challenges. I’m joining Team Contemporary/Literary/Historical Fiction. The books you pick for any given challenge, including the team-specific ones, do not have to be of the genres associated with your team, so as a result my TBR is actually very SFF-heavy (which is not surprising if you’re familiar with my reading tastes, lol). 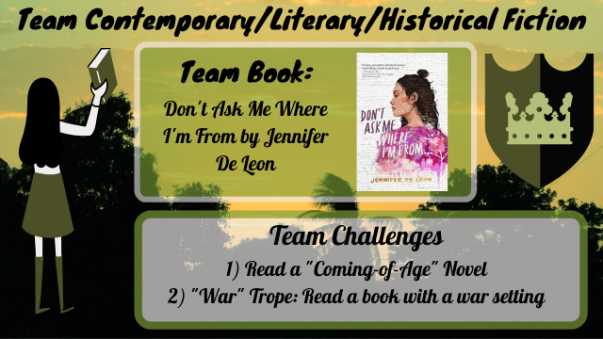 This is a pretty ambitious TBR, but I’m looking forward to the challenge. 🙂

I’m perhaps a little too ambitious about my reading this month because I escaped my reading slump, so I’m participating in multiple reading challenges, LOL. This one is for Korean books and authors and is hosted by booktubers Monica (YouTube/Twitter) and Chloe (YouTube/Twitter). You can find more about the readathon on the official Twitter account @koreadathon.

Here’s what I’ve picked for each prompt!

I’m a bit late to the party, but this month I’m participating in a reading challenge called Transathon, which spotlights trans authors and books. Here are the prompts and my choices for each.

(Note: All of the authors above are trans except Wendy Xu.)

So…the pandemic has really killed my ability to read novels recently, but I’m trying to turn that momentum around by participating in a reading challenge, #RainbowReadathon (@RainbowReadThon on Twitter).

The goal is to read 9 books, one with a cover corresponding to the color of each of the 8 stripes in the original Pride flag, plus one multicolored one. Here’s my TBR!

Assuming I finish the books above, I’m hoping to get around to some other books by QTPOC:

Each of Us a Desert by Mark Oshiro (out September 15th, 2020) – Young Adult, Fantasy, Sapphic Latina MC, f/f romance

How It All Blew Up by Arvin Ahmadi (out September 22nd, 2020) – Young Adult, Contemporary, Gay Muslim Iranian American MC

The Stars and the Blackness Between Them by Junauda Petrus – Young Adult, Contemporary, Black MC and Trinidadian Immigrant MC, f/f romance

For a comprehensive list of 2020 queer YA books, see this post by Michelle @ Magical Reads. And while you’re here, if you haven’t seen it already, please also check out my Twitter thread featuring 2020 YA books by Black authors.

What is the Pondathon?

The Pondathon is a co-operative and story-driven readathon hosted and run by CW from The Quiet Pond. The aim of the Pondathon is to read books and collect points to protect the friends over at The Quiet Pond from the encroaching malevolent forces that threaten our friends in the forest.

Information about Joining the Pondathon

Share your updates on your blog/bookstagram/booktube and social media. You are more than welcome to tag @thequietpond or @artfromafriend on Twitter or Instagram in all your updates! We’d love to see all of the beautiful and awesome characters that you create! 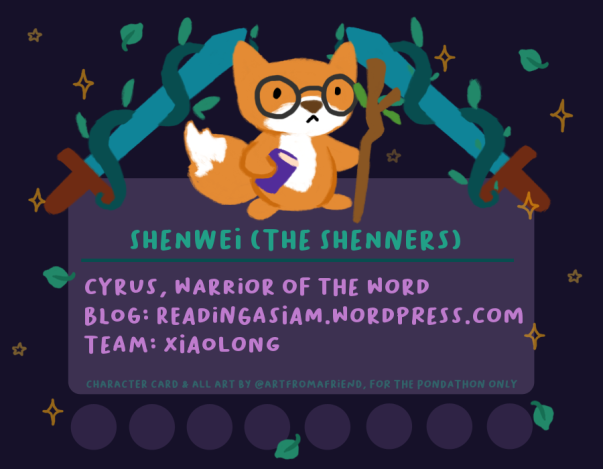 My Pond Character is Cyrus, an orange fox with round glasses who can usually be found carrying a book. They are a warrior of the word. They believe words have power and must be wielded carefully and responsibly. Verbal spells, spoken and written, are a critical part of their arsenal of weapons. They also bear a trusty staff that they use to focus their magic. Cyrus will be joining Team Xiaolong. 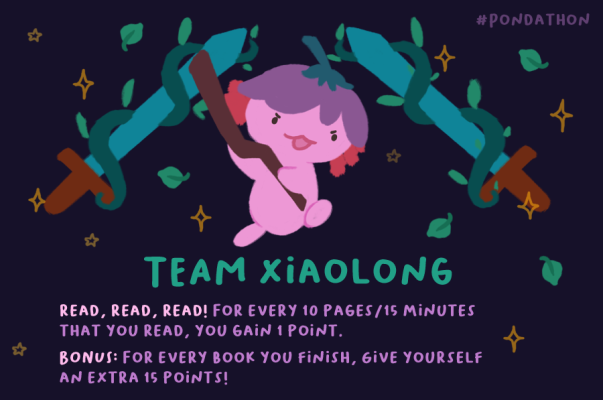 I don’t have my entire TBR planned  for the entire duration of the readathon, but this is tentatively what I’ll be reading for the next two and a half-ish weeks. It’s a combination of newer eARCs, backlist eARCs (many from 2017 *sweats*) and my physical TBR (which I already posted a sort-of complete list of for #StartOnYourShelfAthon…I say sort-of because I’ve since acquired more books oops).

Another month, another reading challenge! For those who are curious as to what happened with my #24in48 challenge, I managed to finish 7 out of the 10 books on my TBR for the challenge, which is probably the most success I’ve had with a reading challenge in a while since I started working full-time. Despite burning through 7 ARCs for #24in48, I still have a million and one ARCs to get through, which is why I’m signing up for #ARCAugust. Here’s my rough TBR in no particular order (minus the split between YA and Adult)!

As a way to force myself away from social media for a while and knock out a chunk of my TBR, I decided to join the #24in48 readathon. What is it? From #24in48:

If you’re new to 24in48, this is the basic gist: beginning at 12:01am on Saturday morning and running through 11:59pm on Sunday night, participants read for 24 hours out of that 48-hour period. You can split that up however you’d like: 20 hours on Saturday, four hours on Sunday; 12 hours each day; six four-hour sessions with four hour breaks in between, whatever you’d like.

Based on my average reading speed and the average page count per book, I’m setting my goal at 10 books. Picking which books to read out of my TBR actually wasn’t hard because I am due to send out the last batch of my BEA ARC acquisitions soon, so this is my last ditch effort to read the ones that I reeeally wanted to read before I sent them out to the marginalized bloggers I promised them to. Here are the books in no particular order!

You are permitted to cry in the comments about how utterly amazing this lineup is, I am crying as well. ;~;

I announced the launch of Asian Lit Bingo yesterday, and since then, I’ve been busy putting together my own tentative TBR for the challenge. It’s a good opportunity to read a lot of the books I’ve had sitting on my shelves but haven’t gotten around to because of reasons. So without further ado, here is my super ambitious TBR!

So Aimal over at Bookshelves & Paperbacks is hosting a readathon during the month of April dedicated to burning through those ARCs that have piled up over time because you went overboard and requested too many at once. I have a whopping 13 ARCs, so I decided to join in. I probably won’t get through all of them in 27 days I have, but I’ll try. Here are the ARCs I need to read: 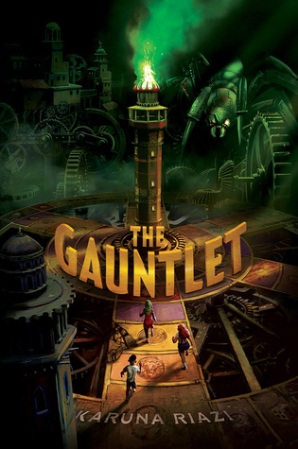 The Gauntlet by Karuna Riazi – I actually have the finished copy of this one now, oops.

The Bone Witch by Rin Chupeco

Here We Are: Feminism for the Real World edited by Kelly Jensen

Mask of Shadows by Linsey Miller

The Education of Margot Sanchez by Lilliam Rivera – Also have the finished copy already lmao.

Girl Out of Water by Laura Silverman

The Edge of the Abyss by Emily Skrutskie – I reviewed the first book, The Abyss Surrounds Us, earlier this year.

Welcome Home: An Anthology on Love and Adoption edited by Eric Smith

The Djinn Falls in Love and Other Stories featuring the following authors:

The Leavers by Lisa Ko

Inheritance from Mother by Minae Mizumura

I decided a while back to do some mini themed reading challenges in 2017 that I create for myself in order to make it easier to pick what to read next out of a few hundred titles on my TBR. These challenges follow various history, heritage, and awareness months in the U.S. Though this decision predates and wasn’t inspired by #ReadYourResistance, it ties in neatly with that hashtag, which symbolizes a commitment to reading books by marginalized voices to challenge the dominant narratives that dehumanize them and to fight the increase in persecution of marginalized people under Trump’s regime.

Books by Black Authors I Plan to Read in February

This book is a sort-of Snow White retelling that tackles the complex issue of mixed race identity and “passing” for white, with critical attention to racialized beauty standards. I’d already seen it here and there, and when Barnes & Noble was selling a copy at a reduced price a few months ago, I snatched it up. I’ve heard that there is some problematic content, so I’ll be on the lookout for that so I can discuss it in my review. 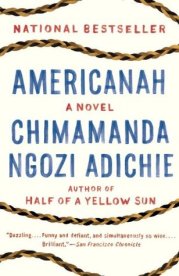 I was first introduced to her through two different TED talks, one on feminism, the other on the “danger of a single story” and stereotyping. I read We Should All Be Feminists about a year or two ago and have been meaning to read the rest of her work. Americanah shall be that first step toward that goal. It’s a story of race, romance, and immigration that spans three continents, Africa (Lagos, Nigeria), North America, and Europe (London, England).

All of Nnedi Okorafor’s books, aside from Akata Witch, which I read in December last year.

She writes both YA and adult SFF and has won multiple awards (the Hugo, the Nebula, and the World Fantasy Awards, among others) for her books. She’s Nigerian (Igbo) American and draws on her Nigerian heritage and West African cultures for her work.

All of N.K. Jemisin’s books.

Also a multi-award-winning author (the Hugo and the Locus). She has three different adult SFF series so far. 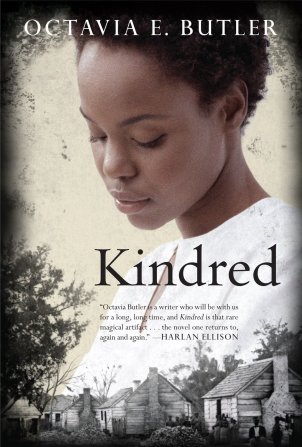 Octavia Butler is one of the most well-known Black women in science fiction. Her books are considered classics by some and overlooked by many because of racism/misogynoir, of course. Here are my two picks:

Parable of the Sower is the #DSFFBookClub (Diverse Science Fiction and Fantasy Book Club, hosted by Naz at Read Diverse Books) pick for February, so if you want to read and participate in a discussion at the end of the month, definitely join us. 😀 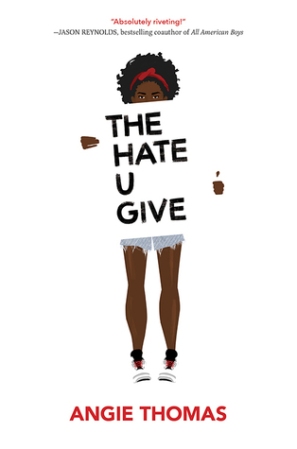 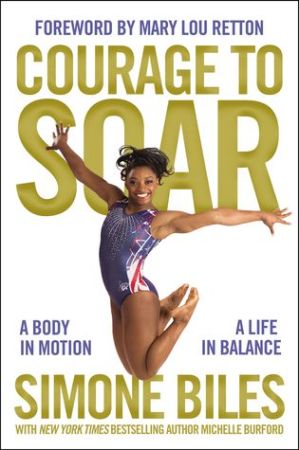