Life update and mini review series introduction: I have a full-time job right now, so writing 600+ word reviews for every book I read has become unsustainable. However, since I still want to share my thoughts on all the books I read, I’m compromising by doing mini reviews for most books and full reviews for a smaller fraction. This first set of mini reviews will focus on five books with Muslim characters that I’ve read recently. 🙂 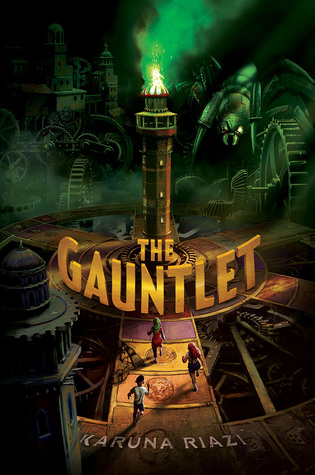 In The Gauntlet, Farah Mirza is forced to play a larger-than-life board game in order to save her younger brother from being taken by the game’s Architect. It is such a fun book that really engages the senses, especially sight, smell, and taste. Loaded with loving and vivid references to Bengali, desi, and Middle Eastern cultures, it’s an adventure that you can’t miss. As someone who loves games and puzzles, it was a treat to read about Farah’s three game trials, especially the one involving Mancala, which I played with my sisters when we were young. There were colorful characters and interesting twists and a setting that literally shifts and changes to keep me engaged and delighted throughout. 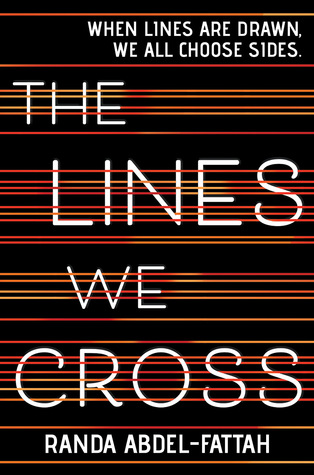 The Lines We Cross is a powerful story about racism, xenophobia, and Islamophobia. The main character, Mina, moves from a racially diverse, working-class part of the city to a wealthier, white-dominated area. There, she meets and goes to school with Michael, who is white and the son of a local conservative political organizer who is the head of an organization pushing a xenophobic and Islamophobic agenda. Despite their differences, the two are drawn to each other and find common ground, and Michael is forced to confront his own privilege and question his internalized biases. The reason this learning and redemption arc works is because Mina’s perspective is there to complement Michael’s, it’s not just centering Michael. Moreover, Mina actively calls out Michael’s ignorance and biases and refuses to perform the labor of educating him, so her purpose in the story is not to serve his character development. 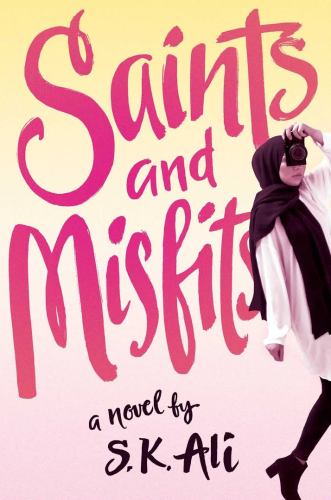 Saints and Misfits is a gem of a story about a Muslim hijabi teen, Janna, who’s trying to navigate the confusing feelings of adolescence and deal with her traumatic experience of sexual assault by a supposedly upstanding member of her community. Her voice is refreshingly honest, snarky, and down-to-earth. I loved the different relationships explored in the story, from her family drama, to her friendships with people at school and at the Islamic Center, to her crush on Jeremy, to her mentor-mentee relationship with her imam. The supporting characters really rounded out the story, giving it depth and breadth. The topic of sexual assault was explored with sensitivity and grace, and I found it to be an empowering story for survivors and an honest commentary on how a community may fail its members. 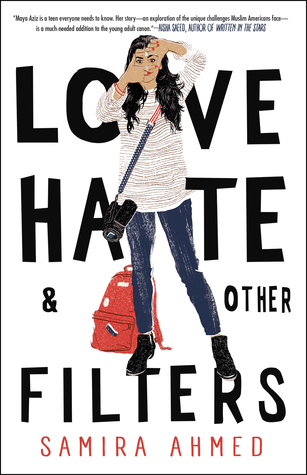 Love, Hate, and Other Filters is a powerful novel about intergenerational conflict and Islamophobia, how it feels to be caught in between others’ expectations and your own aspirations. Maya’s parents have a plan for her, and it doesn’t involve going to NYU to study film or dating someone who’s not her parents choice of pious Muslim boy, especially not a white boy like Phil. Because of these suffocating expectations, Maya lives a double life, applying to NYU and meeting Phil in secret, and it will break your heart to see her struggle. Parallel to the day-to-day events of Maya’s life, a terrorist plots to wreak havoc. When the attack occurs, the prime suspect shares Maya’s last name, so she gets targeted with vitriol and violence. This book is such an emotional rollercoaster, and the author doesn’t pull any punches. Maya’s fear and hope are tangible, and you feel the weight of her choices. I loved the juxtaposition of Maya’s first-person narrative with third-person snippets of people whose lives are affected by the terrorist attack. It heightened the tension of the story and connected the dots between seemingly unrelated people. 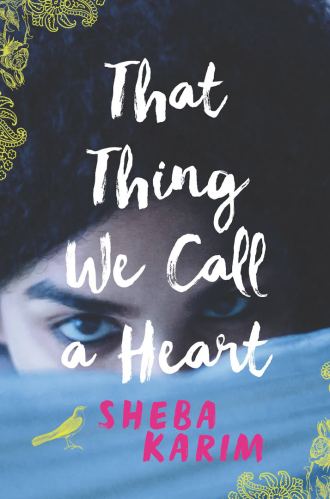 That Thing We Call a Heart happens over the course of a summer, the summer before Shabnam goes off to college. She’s been estranged from her best friend Farah, so she finds companionship in a cute boy named Jamie, who lands her a job at his aunt’s pie shack. It’s hinted at in the synopsis, but Jamie is not that great of a guy, and he sort of fetishizes Shabnam, and through this experience Shabnam comes to learn what a bad relationship looks like and how infatuation can cloud your judgment. My favorite part of the story was her interactions with her parents, her best friend Farah, and her great-uncle who survived Partition. Her dad teaches her about Urdu poetry, which gives her a connection to her heritage and artistic inspiration. Her best friend Farah was by far my favorite character, defying stereotypes of hijabi girls by dyeing her hair and listening to punk music and not taking shit from anyone. Shabnam’s alienation from Farah is very much her own fault, and in the story, she has to work through the issues and make amends. The dynamic nature of their friendship felt realistic, and it resonated with me a lot as someone who’s gone through similar stages with my own best friend. Lastly, her relationship with her great-uncle felt really relatable to me as someone who doesn’t have very close relationships with people of my grandparents’ generation, who lived through two periods of colonization. Her uncle lived through a very horrifying and bloody chapter of history, and it’s hard to communicate and connect when you feel like there is so much you don’t know about someone and their history. Shabnam’s curiosity and weighty feelings and desire to learn more about that history mirrored my own with respect to 20th Century Taiwanese history.